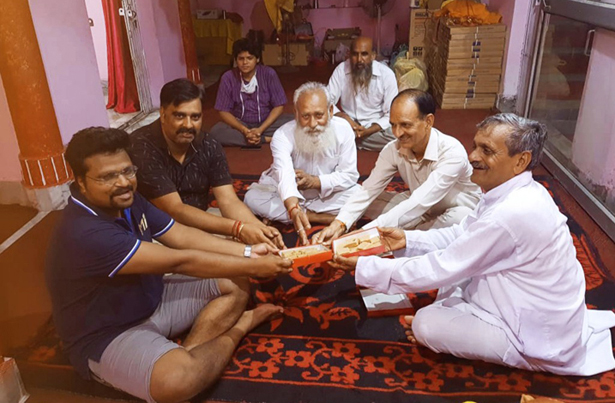 An internationally acknowledged Agricultural Policy Scientist of the Central University of Jammu, Shashank Kulkarni, was selected for Prestigious Nelson Mandela International Peace Prize. This award was declared by the Global Institute of Peace Education and Peace Centre, Sri Lanka. Shashank has been chosen for this award due to his extraordinary contribution to social work in Jammu and Kashmir through Baba Laxman Das Rashtriya Smarak Nirman Seva Samiti, an innovative socio-spiritual movement working for the upliftment of humanity in the sensitive part of the country Jammu and Kashmir. Baba Laxman Das, a great monk from Andhra Pradesh, left at sixteen and settled in Patti Village of Samba district in Jammu Kashmir. He devoted his entire life to the socio-economical and spiritual upliftment of millions of people in this area. He died in 2001. Shashank spent some crucial years conducting interviews with more than 200 people and wrote a research-oriented book Baba Laxman Das: Personality and Philosophy. This project was recognised by Dr Jitendra Singh, Minister of Prime Minister Office, Government of India and provided his valuable message. Mahamandleshwar Swami Aksharanand gave preface to this Granth, said that this literary work is a rebirth of Baba Laxmandas that will inspire the future generations.

Shashank Kulkarni, an internationally acknowledged agricultural policy scientist, is basically from Sakharale, a small village in the Sangli district of Maharashtra. He is trained as an Agricultural Engineer. He joined the Department of Public Policy and Public Administration in Central University of Jammu in 2016 as a Junior Research Fellow of University Grants Commission, New Delhi. He was living University’s hostel, which is situated in Jammu city. His University is located in Samba district, 22 kilometres from Jammu city. Due to his passion for uplifting society, he started to live in a Suchani village, very close to the central campus of the Central University of Jammu. He started a socio-spiritual movement in this vicinity, becoming a Baba Laxmandas Rashtriya Smarak Nirman Seva Samiti. Now there are more than four projects are running under this national Samiti. In addition to that, he wrote ten books. He got many national and international awards for his contribution

The different initiatives started through an innovative socio-spiritual movement Baba Laxmandas Rashtriya Smarak Nirman Seva Samiti. It can be enlisted as follows with a brief explanation.

To teach Indian culture and great traditions to the young generation is the main motive of Bal Sanskar Kendra. It started by considering the target group 5 years to 15 years. This age group is compassionate. Therefore, Bal Sanskar Kendra targets it. It is working with the community’s help and students and professors of the Central University of Jammu.

It is an exciting initiative started with society’s help. In this initiative, Great people’s motivational and inspirational quotations like Dr B.R. Ambedkar, Dr A. P. J. Abdul Kalam, Aadi Shankaracharya and so on have been written on the Wall of the Patti Village. The village and neighbouring villages frequently read these quotations and get inspired. Now it becomes a source of positivity and inspiration for the villagers. Many children in the village memorised these quotes and tried to implement them in their lives.

This Samiti created a platform for women in the villages in that area to discuss solutions to their problems and initiatives for their upliftment. This platform plays a crucial role in empowering women and especially girls in the village. It also helps improve the quality of life of women in rural areas of Jammu and Kashmir.

It constituted under this socio-spiritual movement. It started to convert the tremendous energy of youth more constructively. It makes awareness among the youth of vicinity about their courier management, health, etc.

It quenches the mental hunger of people of this rural area. Now it emerges as a literature movement for villagers. It starts ‘Debate Club’ for debate and discussion. It provides an opportunity for different age groups to read according to their interest.

The Award Confirmation Letter was provided by Dr Ishaque Vazim Athnu, an Executive Director of this international research centre. Dr Athnu mentioned that the contribution of Shashank Kulkarni in the upliftment of society in Jammu and Kashmir is appreciable. Shashank is internationally known for his outstanding contribution to agricultural and farmer policy. National Commission on Farmers (Swaminathan Commission), National Policy on Farmer, Farmers’ Suicides in Vidarbha region of Maharashtra, Agricultural Policies are critical research areas in which he has been working for years. He contributed to India Farmers’ Policies through his book’s internationally acknowledged book ‘Swaminathan Commission: A Foundation of Farmer Policies in India’. The Father of the Indian Green Revolution, Prof. M. S. Swaminathan, forwarded this book. The book was published by the reputed Academic Foundation, New Delhi. This book had been recorded as the first book in the world, exclusively written on Swaminathan Commission.

This book becomes more credible, authentic and vital as it carries a foreword by Father of Green Revolution Prof. M. S. Swaminathan.

As a Founding Doctoral Scholar in the Department of Public Policy and Public Administration, Central University of Jammu, he is currently working as a Senior Research Fellow of the University Grants Commission. He has been researching India’s agricultural and farmer policies for the last five years. He had been congratulated by Gopalaswami Parthasarathy, Chancellor, Dr Sanjeev Jain, Vice-Chancellor, Dr Rouchi Chaudhary, Head of Department of Public Policy and Public Administration and Research Supervisor, Dr Mohit Sharma, Dr G. Durga Rao and other dignitaries of the Central University of Jammu as well as various sections of the society for this glorious achievement. 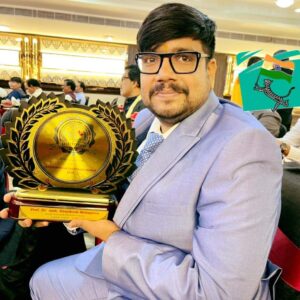 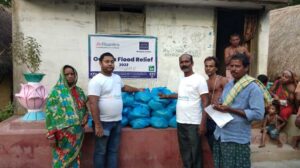 October 28, 2022
Underprivileged kids got a chance to have lunch in 5 star Oberoi Hotel with Yash Mane