Mumbai, Maharashtra [India]: India’s First Pro MMA Fighter is one of the top MMA  Coaches of the world. And he is also the first Indian to hold a grade in Brazilian Jiu-Jitsu now a Brown belt. Alan is a high profile Mixed Martial Arts coach and trainer with over 17 years of robust and progressive experience with a passion for teaching and spreading the Gospel of MMA.

He has been the spearheading the sport of Mixed Martial Arts in India and has played a pivotal role in introducing MMA as a sport by travelling across the country. He introduced a new safe child-friendly format of MMA – “SPORT MMA” which is being adopted in various schools across our country. He has successfully launched Professional MMA in India under the famous fitness Expo “BodyPower Expo” banner by setting up the structure for MMA training and events.

He is known for his analytical, in-depth and innovative approach to MMA fighting and is an expert in crisis management, training & development. He possesses a successful track record of evaluating physical fitness, understating needs and developing practical and achievable workout routines.

He is well-conversed in offering Ishudo training, Kickboxing / MuayThai and BJJ / MMA training. He has also been the head coach for Super Fight League from 2012 -2016. He was the Head Coach for SFL’s Mega show in Dubai where India and arch-rivals Pakistan locked horns in MMA Combat. Team India Coach to represent the first qualified Indian team for the World Amateur MMA Championships held in Las Vegas USA in July 2015. He also holds the distinction of mentoring and coaching India’s top fighters and World Champions.  Due to his many accomplishments as a successful coach, Alan is now famously called “Super Coach”.

An inspiring coach and a celebrity Trainer with significant success in training India’s top Bollywood Stars. He has worked closely under the association of Tigers Gym and Mr. Raj Kundra, Bollywood big guns Shilpa Shetty and Mr. Sanjay Dutt , India and had been selected to be the face of Super Fight League.

Alan has been part of Asia’s most decorated professional fighting team. He has been a multiple-time National Champion in Kickboxing and was India’s pound for pound top fighter between 2000 – 2010. He has competed and won at the highest levels of titles in kickboxing and MMA such as the – WKL Asian Kickboxing Champion, IKF World Championship Title Contender March 2005, Abu Pro Kickboxing World Champion 2004, Clash of the Champions Fight Night Champion undefeated – 2005 – 2007, Headlined Art of War 2007 – China Main Event (MMA), Fought Pro Muay Thai in Thailand. 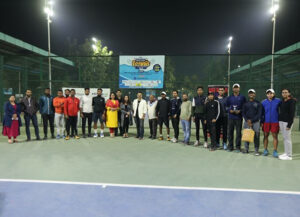 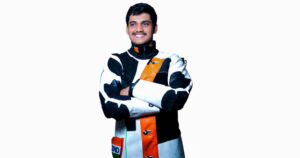 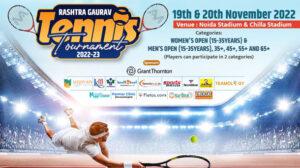