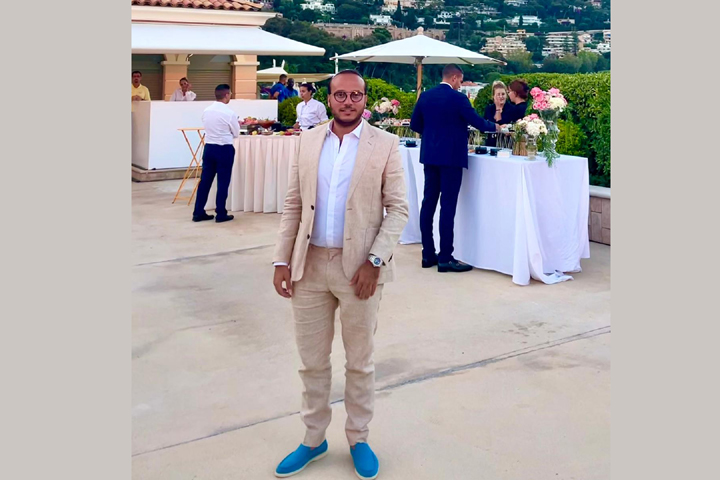 Their passion is their art, and their art is too cool for the mainstream: some TV and Film Producers, more than others, take great care to ensure their films are anything but formulaic, instead opting for careful storytelling that goes against (or even changes) mainstream conventions. The global film and video market size is expected to grow from $244.43 billion in 2021 to $273.35 billion in 2022 at a compound annual growth rate (CAGR) of 11.8%. The market is expected to reach $409.02 billion in 2026 at a CAGR of 10.6%.

In this digital age, not only are more TV and film producers making their way in the business, but they are actually the fastest-growing segment of the global business. With the advent of social media, more people are turning in to show their skills to get noticed. One such talented person who is making it TV and Film Production is Zachary Swerdlow.

Zachary Swerdlow is a Belgian, Israeli, and Canadian multi-faceted entrepreneur who has become a powerhouse in lifting small and big businesses to bigger heights. Besides, he has himself established and founded several businesses. He is the CEO of Blockchain compliance solution Trusti, CEO and Founder of a Mental Health Startup, Founder of virtual private network FasterVPN, Owner of digital marketing agency General Boost and many more! Moreover, entrepreneur Zachary Swerdlow lives through Israel, UAE, USA and Canada due to his business commitments.

Trusti is a Blockchain Identification Technology Provider for Cross-Chain Transactionthat enables the creation of accredited and identified cryptocurrency wallets with specific attributes defined by the authority certifying them. This not only helps secure Blockchain transactions against fraudulent practices but enables governmental and corporate entities to create branded wallets only to be held by identified, accredited persons such as securities traders, people of a defined age range or nationals of a specific country. The Mental Health Startup which entrepreneur Zachary started is the first virtual reality application that enables patients in search of psychological help to access one-on-one sessions with licensed therapists — all from the comfort of their own homes. Through avatars and encrypted credentials, patients on Metapsy can remain anonymous if they desire, preserving privacy and after each therapy session, the patient’s insurance company is billed for the services. FasterVPN is a virtual private network that adds a layer of security to your internet connection. Their finely-tuned global network has minimized your sacrifice of speed for data protection. It connects you to a private server through an encrypted tunnel, making your web data indecipherable to outsiders. General Boost is an international full-service marketing agency located in Tel Aviv.From branding that breathes life into your story, to platform design that fosters engagement and campaigns that drive consumer action. Whether you’re just starting out or evolving your brand, they help you grow.

For many doing their best to make it in the business world, the journey to success is a long and winding road, with many years of hard work needing to be sowed before finally reaping the reward of their efforts. But for serial entrepreneur Zachary Swerdlow, life has developed much more rapidly, with Swerdlow’s quick thinking and versatility catapulting him to unparalleled accomplishments at the young age of only 32 years old.

It didn’t take long after Swerdlow’s graduation in Economics from the City University London for the businessman to begin achieving goals that the average person only fantasizes about. After getting a degree in economics and finance from the City University London at the age of 22, he moved overseas to work in Hollywood, first in the finance side and later for several years in the production. In the production, he worked for his own company producing a film called Not another Celebrity, a movie showing the world of celebrities in a satirical way.

Thereafter, Zachary purchased the rights to the New York best-selling book The Rebbe and is set to make a TV show about the life of the famous and respected Lubavitcher Rebbe. The book tracks Schneerson’s—The Rebbe— remarkable life from his birth in Russia in 1902, through his student days in Berlin and Paris, to his rise to global acclaim in New York, where the 20th century’s most influential Jewish leader preached his powerful spiritual message. Inspired by the noble desire and armed with an impressive all-around experience on the set, Zachary’s film-making debut is bound to be a success.

Zachary Swerdlow is a budding TV and Film Producer whose work reveals what aesthetic aspects are specific to him and how they impact the storytelling of the films he’s produced.“The film production of an individual movie is oftentimes a difficult thing to judge, not only because it can be tough to separate the work of the director from the overall visual storytelling, but also because most viewers react to the look and style of a film through the lens of how we felt about the movie itself.” says Zachary. Yes, said by the expert himself. Entrepreneur Zachary Swerdlow has ample years of experience in filming production and is highly skilled in studio and location shoots, often collaborating in many languages and cultures with both large and small crews.

Entrepreneur Zachary is a proficient when it comes to brand marketing and digital strategies. He is a master content creator and knows how to feel the pulse of the people by portraying the exact image of himself online which the people want. Without digital marketing, it is impossible to boost popularity nowadays. “Even if you are an independent film producer, your work needs to get noticed and what better way to get noticed than the social media? Today, even a child has a smart phone, so in order to make your presence felt, you or your work needs to pop up each time a person scrolls his social media feed.” says he.

Entrepreneur Zachary is among the growing crop of TV and film producers who have signaled seismic changes in the entertainment industry. The hunger for inspiration is admirable and refreshing for a talent like him, telling relatable yet seemingly truthful stories in his heart-pounding and emotionally driven films; serving as the ice breaker between his fans, supporters, and him. He humbles himself enough to be honest about where he comes from, and where he sees himself going.

One of the hardest things to do when you are trying to break in to the film industry is keeping your motivation up. Early frustrations make us doubt if this is the correct career choice and it can be difficult to get back into working. What do you have to do to hit the big time in the film industry? Some keep on rockin’ but some are simply not able to maintain that frame. Then there are those who have taken the opportunity to do something completely different. Entrepreneur Zachary is one of the known names when it comes to successful film producers. Apart from his talent, the rise in his popularity is due to his unique skills and strategies which he uses to ride the digital domain. Due to his immense popularity, Zachary has amassed 12.7K followers on his Instagram profile in a quick succession of time. Influencers like him are attracting extremely large audiences, which enables endemic and non-endemic brands to reach an enormous range of target groups. As he provides immersive content and has diversity, it creates great opportunities for brands to hold the attention of a passionate and influential audience. “Technology has changed and so has film production. Film distribution has changed too. You gotta be digitally upgraded, there’s no other way!” says Zachary. 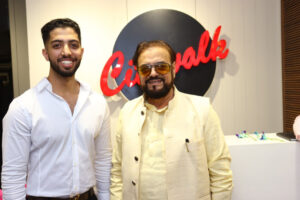 August 11, 2022
This Prop-tech Startup Empowers You to Sell or Buy A House Within 5 minutes & At the Best Price 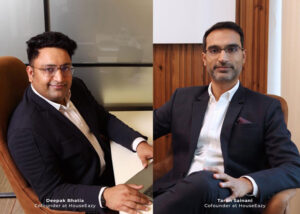 August 10, 2022
The Olive Cafe & Bar, the white-walled wonderland, opens in the city beautiful 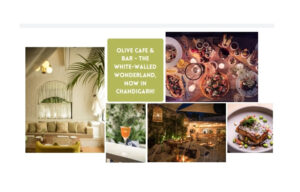 The Olive Cafe & Bar, the white-walled wonderland, opens in the city beautiful