New Delhi : The private health sector is playing an important role in supplementing the activities of Government agencies in the on-going pan-India vaccination campaign to bring the COVID-19 pandemic under control.

The detailed set of operational guidelines prepared by the Government of India to assist the effective implementation of the vaccination programme had suggested that the administrations at both the State and district levels — Mission Director, National Health Mission and District Magistrate / District Commissioner, may write to private sectormedical colleges and hospitals, professional associations, NGOs and CSOs representatives of RotaryClub etc. seeking their participation and support during the vaccination campaign.

It also urged States and districts to build on theexisting partnerships with professional associations such as the Indian Medical Association, Indian Academy of Paediatrics, Association of Physicians of India, Federation of Obstetricians and Gynaecologists of India, Indian Public Health Association, Indian Association of Preventive and Social Medicine, Association of Health Care Providers of India, Indian Confederation for Healthcare Accreditation and Ayush Medical Association and leverage their strength and expertise to facilitate the campaign and spread rightmessages among the general population.While themedical professionals will be involved directly in the vaccination process, other staff and members could be engaged asinfluencers, volunteers, verifiers, and other support tasks in the vaccination teams, it noted.

Further, it recommended that representatives of private hospitals, professionalassociations, and eminent medical professionals can be nominated as members of a state, district andblock task forces and that well known andrespected health and allied sector professionals can be engaged as brand ambassadors for the campaign.Besides, it suggested that States and districts can undertake joint mediabriefings with IMA and other associations to facilitate the right environment for vaccination.

The efforts to partner with civil society organisations, NGOs and trust hospitals were taken as even if they might not have a significant proportion of serviceproviders, they often are a major source of service delivery in the rural hinterland. Likewise, steps were taken to engage with private medical colleges since they employed a host of doctors, nurses and other cadres of providers.States were advised to proactively engage with them and facilitate the vaccination process including enumeration of the health care workers, and vaccinatorsand take the help of organisations like the National Accreditation Board for Hospitals & Healthcare Providers that maintain lists of private health care facilities and other such details.

The guideline, among other things, urged States to identify eminent private healthcare providers who could be trained as master trainers and stressed the need to ensure appropriate skill building of the vaccinators from the private sector on all aspects including management of adverse reactions following immunisation.

Further, it wanted special care to ensure that vaccination sites operated by private facilities were supplied the vaccine on daily basis as many of them might not be adequatelyequipped to store vaccines properly and urged that since most of the private sector providers will be introduced to universalimmunization programme (UIP) guidelines for the first time, vaccinators drawn from them be used only as secondvaccinators at the session sites with a beneficiary load of more than 100. Lead vaccinators must be fromthe public health care system. States are also advised to build in screening mechanisms to ensurethat the vaccinators engaged from the private sector are qualified and competent, it stressed. (India Science Wire) 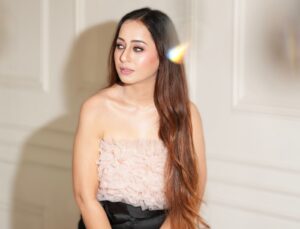 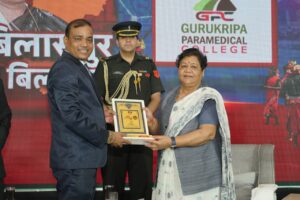 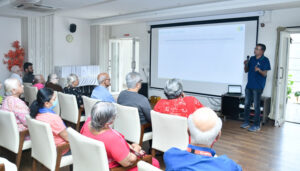